In the month when we celebrate the Feast of St. Francis of Assisi (which is actually a solemnity if you’re a professed Franciscan), it’s only fitting to read about some notable figures among his followers. There’s a long list of official Franciscan saints, but author Robert Ellsburg did not limit the selection to canonized saints in his new book The Franciscan Saints (Franciscan Media, 2017). 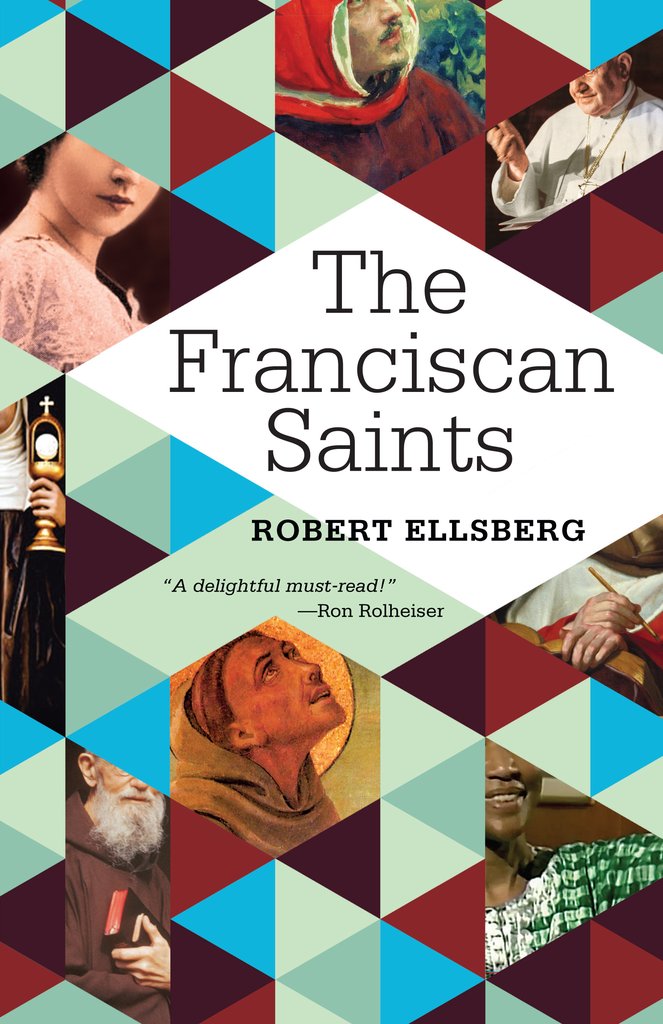 I discovered quite a few surprises in the table of contents, noting that the foundresses of several religious orders of women in the nineteenth century were listed: sisters from some of these orders educated members of my own extended family. And once I saw that the table of contents was organized chronologically (by year of death) I immediately went to the back of the book to discover more about contemporary Franciscans notable for their heroic virtue.

Father Mychal Judge, OFM, was listed, of course. The first certified victim of 9/11 died as he ministered to others dying after the attack on the World Trade Center. Judge, like a few of the other figures who died since 2000, has not had his cause for sainthood advanced enough (yet) to be referred to as “Servant of God,” an early step in the canonization process.

Learn more about the process of canonization in this video from Busted Halo:

I was also surprised to learn that St. Roch, to whom many members of my family have had a particular devotion, was a Franciscan. (I probably shouldn’t have been surprised by that; for over 100 years my family attended a parish staffed by Franciscan Friars.) My grandmother had a relic of St. Roch — the first holy relic I had ever seen.

This book will be useful when members of my Secular Franciscan fraternity choose patron saints at the beginning of the year. We’ll have quite a few new names to choose from and new saints to get to know.

Teens preparing for Confirmation would do well to check out this book; the biographies of each saint are brief (averaging 2 pages) and include a quote (usually a quote from the saint).

I enjoyed this peek into the “who’s who of the Franciscan family” and flagged several saints for further study. If you like to learn about saints and you’re particularly interested in Franciscans, The Franciscan Saints is an excellent starting point. 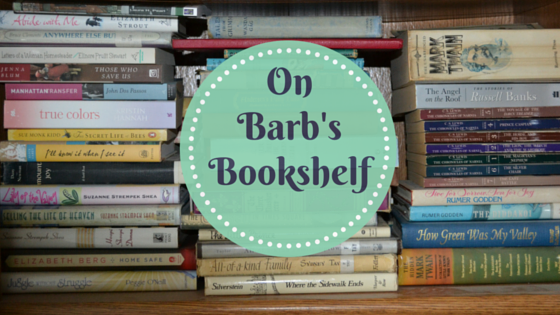 Copyright 2017 Barb Szyszkiewicz, OFS
This post contains Amazon affiliate links; your purchase through these links helps support this blog. Thank you! I was given a free review copy of this book, but no other compensation. Opinions expressed here are mine alone.

With Earth Day coming up this Friday (it’s even on the freebie church calendar along with all the saint of the day and what Sunday of Easter happens this week, and Passover, even) I’m looking back at an Earth Day post from 2008.

Saint Francis of Assisi has apparently come to be considered the Patron Saint of Earth Day, ecology, and all things “green.”

But the green movement does Francis no justice when insistence is placed on “green for green’s sake.”

The only thing the Francis was interested in for its own sake was God.

Yes, he had a great reverence for Creation–the earth, nature, the sun and moon and all the animals, plants and trees. But his reverence was born from his awe of the power and creativity and genius of God. To Francis, every bit of God’s creation reflected God’s glory–and that is what made creation something to be revered. Francis saw God’s glory, power, creativity and genius in everything and everyone, and strove to act accordingly. …

Let us remember that while it’s great to reduce waste, recycle or reuse what we have, and try to create less garbage, the reason we do this is to treat God’s creation with care–to be good stewards of what we have been given.

It’s not enough to be “green.” We should also be grateful.

If you want to know what St. Francis of Assisi was really about, read When Saint Francis Saved the Church by Jon M. Sweeney. You’ll find that his priorities were very different from the picture of him painted by environmental activists who claim to be acting in his name.

Saint Francis set out to save the Church. Not the earth.

The fine print: Link to Jon Sweeney’s book is an Amazon affiliate link. Your purchases through my affiliate links help support Franciscanmom.com.

I’m linking up with Reconciled to You and Theology is a Verb for #WorthRevisit Wednesday, a place where you can come and bring a past & treasured post to share, and link up with fellow bloggers!

One of the biggest misconceptions about St. Francis of Assisi is that he “loved the environment.”

He loved God’s creation. Because God created it.

Yesterday I saw an EWTN video clip about the Franciscan Friars of Ellicott City, MD (who currently staff our parish) and how they installed 1,200 solar panels on a large piece of property at St. Anthony’s Shrine. In this clip, Father Michael Heine, OFM Conv. uses Francis’ Canticle of the Creatures as justification for the building of the solar farm. “We know that St. Francis was a great lover of the earth. His Canticle of the Creatures praises all Creation.”

With all respect to Father Michael, his statement is based on a mistranslated preposition. In the Canticle, the preposition per was used*. It does not mean “for,” as in “Be praised, My Lord, for Sister Moon,” but instead “by” or “through,” as in “Be praised, My Lord, through Sister Moon.” In the Canticle, Francis called upon all Creation to praise the Creator, with each created thing: sun, moon, wind, fire, water, and the earth praising God by its very being–by doing what it was created to do.

The Canticle does not, in any way, praise Creation in and of itself, but only for the way in which Creation reflects the One who created it in the first place. So to use it as a justification for the construction of solar panels (the manufacture of which can have considerable environmental impact) is stretching it. A lot.

Yes, we are called to be good stewards of God’s creation and of all the natural resources that are on the earth. But let’s not justify our rush to jump on the green-energy bandwagon, with all its empty promises, with a badly-translated twelfth-century poem that was nothing more than a hymn glorifying God and calling upon all of us to do our best to glorify God with the gifts he gave us.

Below is the Canticle of the Creatures as presented on the Franciscan Friars TOR site. This translation uses the prepositions correctly.

Most High, all powerful, good Lord,

Yours are the praises, the glory, the honor, and all blessing.

To You alone, Most High, do they belong, and no man is worthy to mention Your name.

Be praised, my Lord, through all your creatures, especially through my lord Brother Sun, who brings the day; and you give light through him.

And he is beautiful and radiant in all his splendor! Of you, Most High, he bears the likeness.

Praised be You, my Lord, through Sister Moon and the stars, in heaven you formed them clear and precious and beautiful.

Praised be You, my Lord, through Brother Wind, and through the air, cloudy and serene, and every kind of weather through which You give sustenance to Your creatures.

Praised be You, my Lord, through Sister Water, which is very useful and humble and precious and chaste.

Praised be You, my Lord, through Brother Fire, through whom you light the night and he is beautiful and playful and robust and strong.

Praised be You, my Lord, through Sister Mother Earth, who sustains us and governs us and who produces varied fruits with colored flowers and herbs.

Praised be You, my Lord, through those who give pardon for Your love, and bear infirmity and tribulation.

Blessed are those who endure in peace for by You, Most High, they shall be crowned.

Praised be You, my Lord, through our Sister Bodily Death, from whom no living man can escape. Woe to those who die in mortal sin. Blessed are those whom death will find in Your most holy willl, for the second death shall do them no harm.

Praise and bless my Lord, and give Him thanks and serve Him with great humility. AMEN.

If you would like to read the Canticle side by side with the Italian, Father Regis Armstrong, OFM provides it here.

*Disclosure about why I know my prepositions: I majored in Spanish and English in college, and took classes in Romance Linguistics.