Skip to content
HomeBiting Off More Than You Can Chew

(And this time, it’s not me doing this.)

I got a message from the director of Little Brother’s current show (Little Mermaid, Junior–the children’s production at the local theater this year). The show is double-cast because so many kids tried out AND to allow the kids to rest. This way each child only has to appear in 8 performances instead of all 16. (This mama approves.) Anyway, Little Brother is a member of the Turf cast, but the director wanted to know if he could switch to the Surf cast (cool names!) because the other kid playing Grimsby has a schedule conflict. 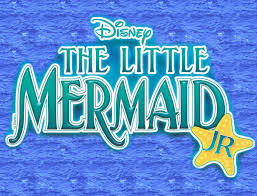 Because the other kid is in another show. A show that opens the same week as this show. So there are conflicts with performances and rehearsals. The other kid had already been cast in this other show when he auditioned for LMJ.

According to Little Brother, there are several kids in the cast who are in the same situation. I got the same impression when I sat around the Green Room on audition night, and it’s only been reinforced by what other parents say as we sit around waiting for rehearsals to end.

These kids are in two shows, each of which rehearses at least twice a week. In addition, they are taking lessons in dance and/or gymnastics and/or voice and/or instruments; they are involved in at least one team sport; some of them are Scouts. WHEN THE HECK DO THEY EAT, SLEEP, STUDY AND PLAY?!

Maybe there are reasons here that I do not see, but I don’t get how this is a good idea.

And I’m willing to bet that these are the same kids who, when they’re seniors in high school, will apply to 25 universities and then wait until May 1 to decide, thus keeping other kids on the waiting list.

When you’re a member of a group, team, cast or ensemble and you double-book yourself, you’re not doing the rest of your group any favors. I wish the parents of these overextended kids would put their collective feet down instead of indulging their kids’ whims (or their own.)

2 thoughts on “Biting Off More Than You Can Chew”